Wish you could be in control and stop emotional (or binge) eating?

Ever come home after a stressful day and opened up a bag of chips or cookies, only to find that in an hour you had eaten every last crumb? 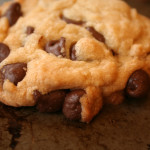 Let’s face it – eating is pleasurable. Eating ice cream, cake, cookies and chips is a great way to distract you from what’s going on in your life.

You’ve probably tried all sorts of different ways to lose weight, but how many times did those pounds creep back on?

Why People Binge and Suffer From Emotional Eating

Emotional eating is a habit that is incredibly difficult to stop on your own. The habit may have started at some point when you were feeling sad, frustrated, lonely, or even angry.

At some point you took a bite of something good and were temporarily distracted from that emotion. 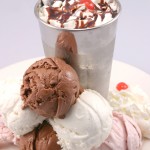 The habit then grew into a subconscious habit because it feels so much better to enjoy eating than to dwell on negative emotions such as sadness, frustration, loneliness or anger.

Most emotional eaters don’t notice those negative feelings though. Instead, they feel a strong desire to eat something – usually carbs or sweets – even though they don’t feel hungry.

Why It’s So Hard To Stop

For most people, that will power runs out and the desire to eat carbs or sweets gets stronger.

Are you ready to stop those cravings and stop emotional eating?

Personal private sessions to STOP Emotional Eating are held in our office or via Skype.