Athletes have used hypnosis to help improve athletic performance decades before most scientific research was published. Science is finally catching up to what Certified Hypnotists have been doing for decades. 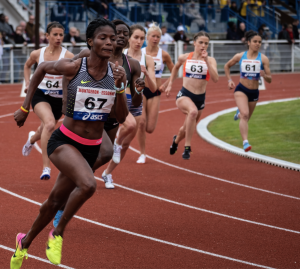 It’s no surprise that top elite and Olympic athletes consistently seek certified hypnotherapists to help maintain the mindset needed to improve their confidence, and performance to stay on top of their game.

After a few hypnosis sessions, as my athletic clients begin to notice positive changes, I frequently hear

“I wish my coach would have taught me this.”

“Coaches are experts at what they do. You wouldn’t be where you are without your coach. Hypnotherapists are experts at helping athletes to create the thought processes needed to increase focus, confidence, and overcome blocks.

“Two very different skill sets.
You wouldn’t expect your coach to also be an expert at fixing your car!”

HOW DOES IT WORK?

Through hypnosis, teen, college, and professional athletes learn to train their minds to think and focus in new ways to maintain the optimum mindset during their sport or game. The process involves understanding how the subconscious mind works and actively “rewiring” new thinking patterns and behaviors.

Athletes learn that “repatterning” their thoughts is similar to learning their sport. Repetition and practice are key components to create automatic changes. Luckily the mind learns quite quickly and starts to make better behaviors and thought patterns which happen automatically.

Learn how The Center of Success can help you improve your performance.

ATHLETES WHO HAVE USED HYPNOSIS 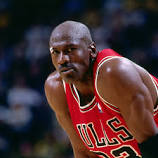 Below are a few fascinating findings from published research that prove the power of your mind has the ability to improve strength, energy, and performance. Once you learn your sport, the next game resides in your mind. Creating the thought processes you need to excel becomes your new goal as you continue to enjoy improving while maintaining the mindset of success. The most effective way to improve your mind is through sports performance hypnosis.

Basketball: The Greatest Potential For Improvement is to Combine Mental with Physical Practice

Students from four Michigan High Schools participated in the study to determine the effect of mental practice compared with that of physical practice in the development of the 1-hand foul shot.

144 students were divided by their basketball experience: Varsity, Jr. Varsity, and Novice 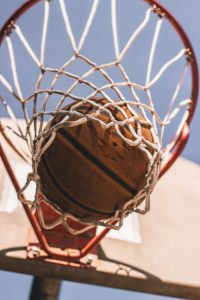 Clark, L. V. (1960). Effect of mental practice on the development of a certain motor skill. Research Quarterly of the American Association for Health, Physical Education, & Recreation, 31, 560–569.

Conclusion: Mental practice is almost as effective as physical practice. A combination of physical and mental practice may have the greatest potential for the improvement of any motor skill.

Effects of Imagery Use in Basketball Free Throw Shooting

The hypothesis for this study was that the use of imagery techniques both during game situations and in practice, both with and without outside distractions will help basketball players improve their free throw shooting.

Research: Participants were assigned to either a hypnosis or control group. 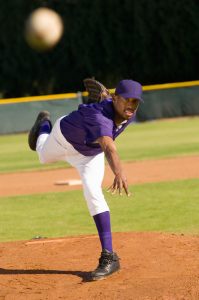 Both groups first completed a pre-test of throwing 20 tennis balls. Prior to the second block of 20 throws, the hypnosis group received a 10-minute hypnotic intervention. The control group was asked to relax for the same length of time.

Five days later, after each group threw 20 more tennis balls, the hypnosis group showed an increase in throwing accuracy as compared to the control group which did not improve. These findings show that hypnosis can have a positive impact on motor learning.

The participants were three male elite European Tour golfers aged 27, 35 and 36, with 5 to 10 years of professional tour playing experience. All participants had a swing coach and over their playing careers had received only technical training.

Although the golfers reported the swing training had been successful and it had helped them become professional athletes, they all felt during competitions when they had a chance to win, they struggled under pressure. 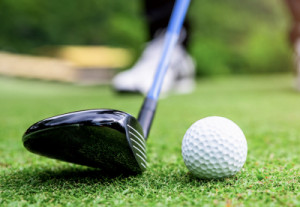 Each golfer was open to learning if hypnosis would improve their performance and play under pressure. The golfers in this study had no prior experience with hypnosis.

Each golfer experienced 5 hypnosis sessions. Each session was custom designed to help the golfer learn to create a personal trigger (an anchor) to elicit a state of enhanced self-confidence and positivity. After each hypnosis session, each played a round of golf, practicing his new mental strategy.

Can You Strengthen Muscles by Thought Alone?

Can you imagine holding a slice of lemon right now? Take a moment and imagine you are looking at the shiny yellow flesh. Pretend you can feel the bumpy feeling of the skin of that lemon. Now, imagine you are slowly bringing it closer and closer to your mouth… when it touches your lips, QUICKLY – sink your teeth into that lemon… think of that tart, sour taste…mouth-watering…

If you were to imagine that scene in your mind for even a few minutes, the thought of that lemon would lead to the activation of the same brain areas as if you were actually biting into that sour fruit. Read on to learn what happens when you use your mind to improve your strength! 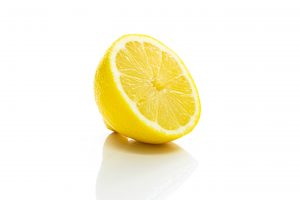 In 2004, a team of scientists at the Cleveland Clinic Foundation in Ohio decided to explore the benefits of a strength program by simply imagining exercising a muscle.

A group of 30 volunteers was split into three subsets. Strength and movement were tested at the beginning and end of the study.

The first group imagined contracting and spreading one little finger. The second visualized and imagined flexing their biceps. They were instructed to make the thought as real as possible inside their heads by seeing, feeling, and experiencing the thought.

The third group was a control group.

RESULTS: At the end of 12 weeks of practice (about 15 minutes a day), the researchers found

The first group increased their finger abduction strength by 35%

The second group increased their elbow flexion strength by 13.5%

The control group showed no changes in finger or elbow strength.

CONCLUSION: The improvement in muscle strength for both groups was accompanied by significant increases in electroencephalogram-derived cortical potential, a measure previously shown to be directly related to control of voluntary muscle contractions.

(Mental training employed by this study enhances the cortical output signal, which drives the muscles to a higher activation level and increases strength.)

Visualizations under hypnosis enabled nationally ranked Stanford male gymnasts to execute for the first time several complex tricks that they had been working on for over a year. The gymnasts were able to eliminate timing errors in the tricks, and increase flexibility.

12 people with broken ankles were recruited for this study. All were receiving treatment at Massachusetts General Hospital in Boston. 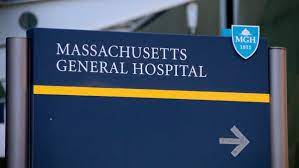 Radiologists and physicians who treated the group did not know which patients underwent hypnosis.

RESULTS: Those who were hypnotized healed faster than those who were not. Six weeks after the fracture, those in the hypnosis group showed the equivalent of eight and a half weeks of healing.

Learn How Private Sessions with Wendy Merron can Improve Your Performance. Schedule a Free Consultation today.