EFT Tapping has been around for decades. Recently, new research studies have proved that measurable reductions in stress occur when people tap. Specifically, reductions in cortisol can occur in the body as a result of EFT Tapping.

Your body is designed to release a chemical called cortisol (aka the stress hormone) in times of danger. Cortisol helps your body mobilize to fight or flee from danger.

The level of cortisol and other adrenal hormones such as adrenaline are supposed to subside when danger passes. After the danger passes, your body should reduce it’s levels of cortisol because you are not meant to live in a constant state of stress. 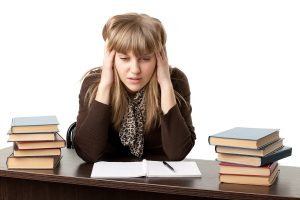 Unfortunately, stress levels are now at dangerously high levels. Most people are not reacting to physical dangers these days. Instead, they are reacting to traffic stress, work stress, financial worries, technology stress, and relationship stress.

The Bad News About Stress

Over time, your elevated stress and cortisol levels can weaken your immunity, increase anxiety and depression, and even cause digestive and metabolic problems.

Unfortunately, high-stress levels can cause:

A study published in the Journal of Nervous and Mental Disease, found that EFT (the Emotional Freedom Technique) Tapping significantly lowered the major stress hormone cortisol.

The reduction was significantly more than other tested interventions.

In a controlled trial, 83 subjects were randomly assigned to a single hour-long session of EFT, talk therapy, or rest. Their cortisol levels were measured via a saliva test before and after the session.

Cortisol is the “master hormone” which regulates many of the body’s stress response mechanisms.

The results showed that cortisol levels in the rest and therapy groups declined by an average of 14%, while the EFT group declined 24%.

The decline in cortisol also significantly correlated with a decline in anxiety, depression, and other psychological symptoms.

As a Certified EFT Tapping Practitioner, I have successfully helped thousands of clients. But when I first heard of EFT in 2001, I thought it was a ridiculous technique. I tested EFT on myself (and a few clients), I was shocked when I noticed almost immediate changes.

After only a few minutes of tapping, I experienced a shift into a more relaxed state. More noticeable, whatever issue I was tapping on didn’t seem as overwhelming.

Here is the amazing news: THESE CHANGES BECAME PERMANENT.  Things that used to bother and trigger me no longer caused me to react negatively.

That was enough proof for me to introduce EFT Tapping to almost anyone who would listen. I now teach EFT Tapping to my Hypnosis Certification Training class. This is why every client who comes to The Center of Success learns EFT Tapping.

Schedule a free phone consultation with Wendy Merron to learn how EFT Tapping can help you.